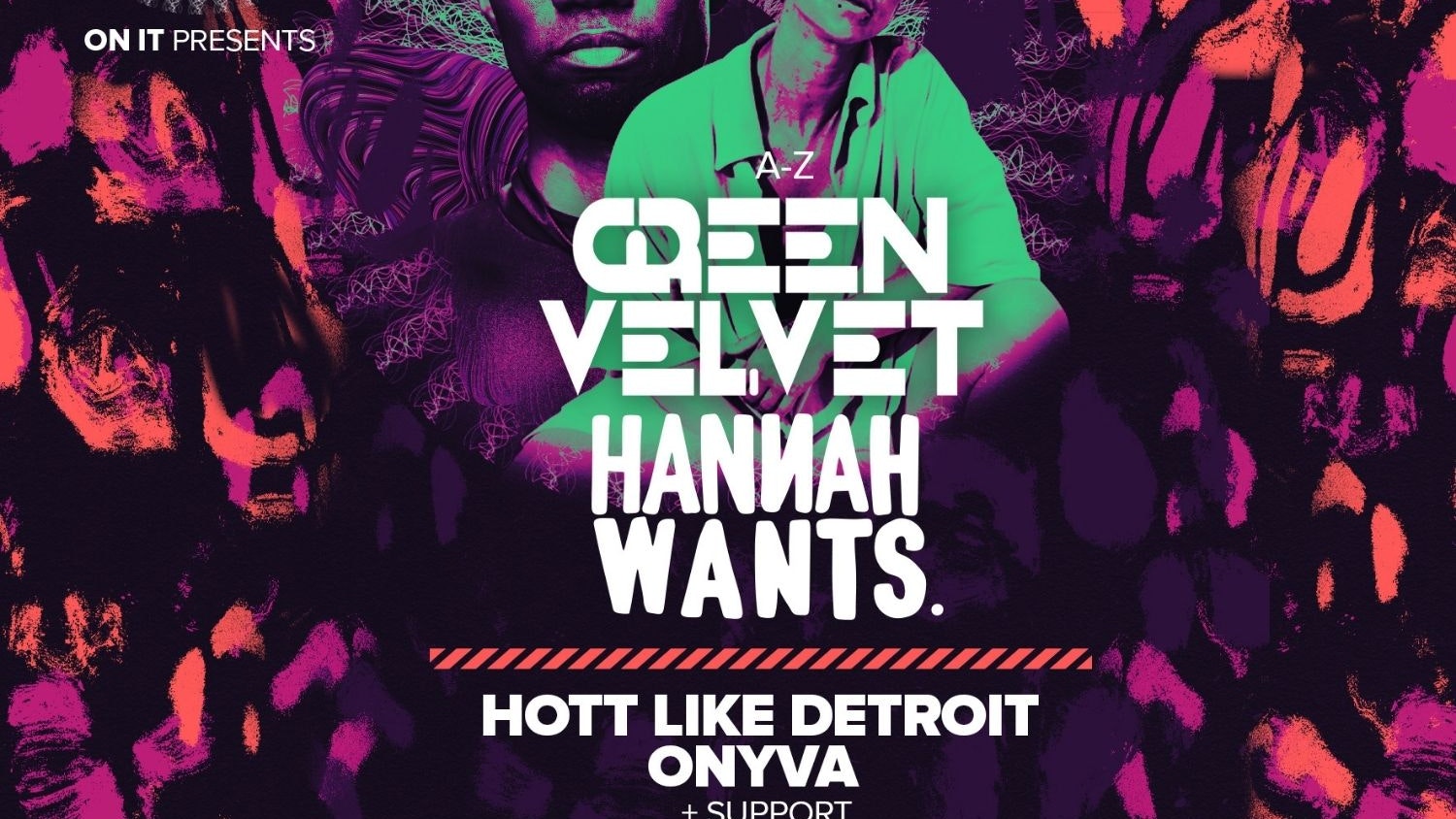 ON IT Presents Green Velvet & Hannah Wants @ The Hangar, Wolverhampton

Green Velvet & Hannah Wants headline a new warehouse space THE HANGER.
For decades, the Midland’s reputation as a top rave destination has been undeniable. Clubs such as Air, Que, Custard Factory and nights from God’s Kitchen and Sundessential, to Atomic Jam and Miss Moneypenny’s, have satisfied every genre and every taste. Adding to that impressive legacy is a new space for 2000 clued-up clubbers that need a little more than the average Ritzy can provide.

The Hanger is a unique warehouse space that combines cutting edge sound with full visual production. Across two carefully designed rooms, on May 9th at 8pm to 4am,
Tickets on sale 19th July 9AM.

GREEN VELVET
Green Velvet (aka Cajmere) studied chemical engineering at university where he exposed himself to the energetic culture and lifestyle of House. Midway through his studies, inspired by all he was seeing and hearing he returned to Chicago to pursue his dream of producing house music. Fast forward 30 years and Green Velvet is as popular as ever. Tracks such as ‘Time for the Perculator’, ‘Brighter Days’ and ‘Flash’ have anthem status and his shows still astound all that attend. If you’ve never seen him live, this is a MUST ATTEND event.

HANNAH WANTS
Hannah Wants has been on a wild journey since her professional DJ career began in 2010. Originally from Birmingham in England, Hannah is one of the brightest stars in the global electronic scene with a loyal fan base and dedicated touring schedule that continues to flourish on a worldwide scale.

From Birmingham and Bolton, this dynamic duo, Burkie and Aggz both promote successful, well established solo careers. But with ambitions hott and high, HOTT LIKE DETROIT was born. Hott Like Detroit Signed have previously signed to Toolroom, Armada, Elrow, Freakin909, Chuggy Trax and Material.

ONYVA
A Child of the 80s Manchester scene, his first experiences are of 808 State on the radio and clubbing in a city famous for Sankeys, the Hacienda and The Warehouse Project. His sound captures that unique industrial backdrop and he has music signed to CR2, Toolroom, and more.

Support talent and special guests will be announced very soon 🥳