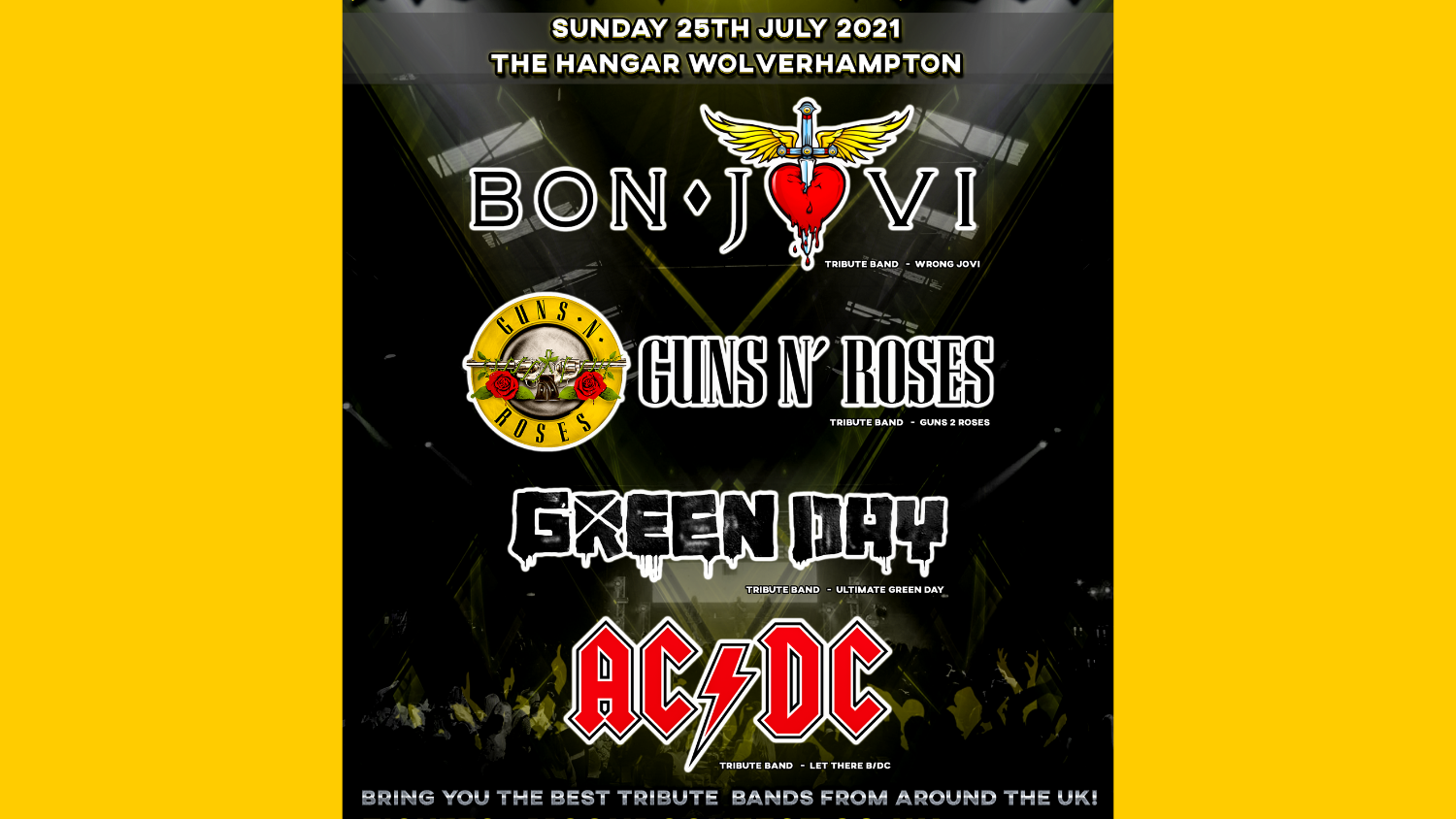 This will be one of the first indoor music festivals WITHOUT Covid restrictions!

Book it in your diary:

Tickets are available at Fatsoma.

Headlined by Wrong Jovi, Wrong Jovi are widely considered to be “the best Bon Jovi tribute band in the world!” So much so that even the former Bon Jovi guitarist, Richie Sambora, has personally thanked the band for their hard work and unforgettable performances. This will definitely be one wild night!

Kicking the evening off will be Let there B/DC, one of the best AC/DC tribute bands that will rock your sock off!, Followed by Wolverhampton’s own Ultimate green day, then the sensational Guns 2 Roses.

Tickets are now on sale and will sell out!